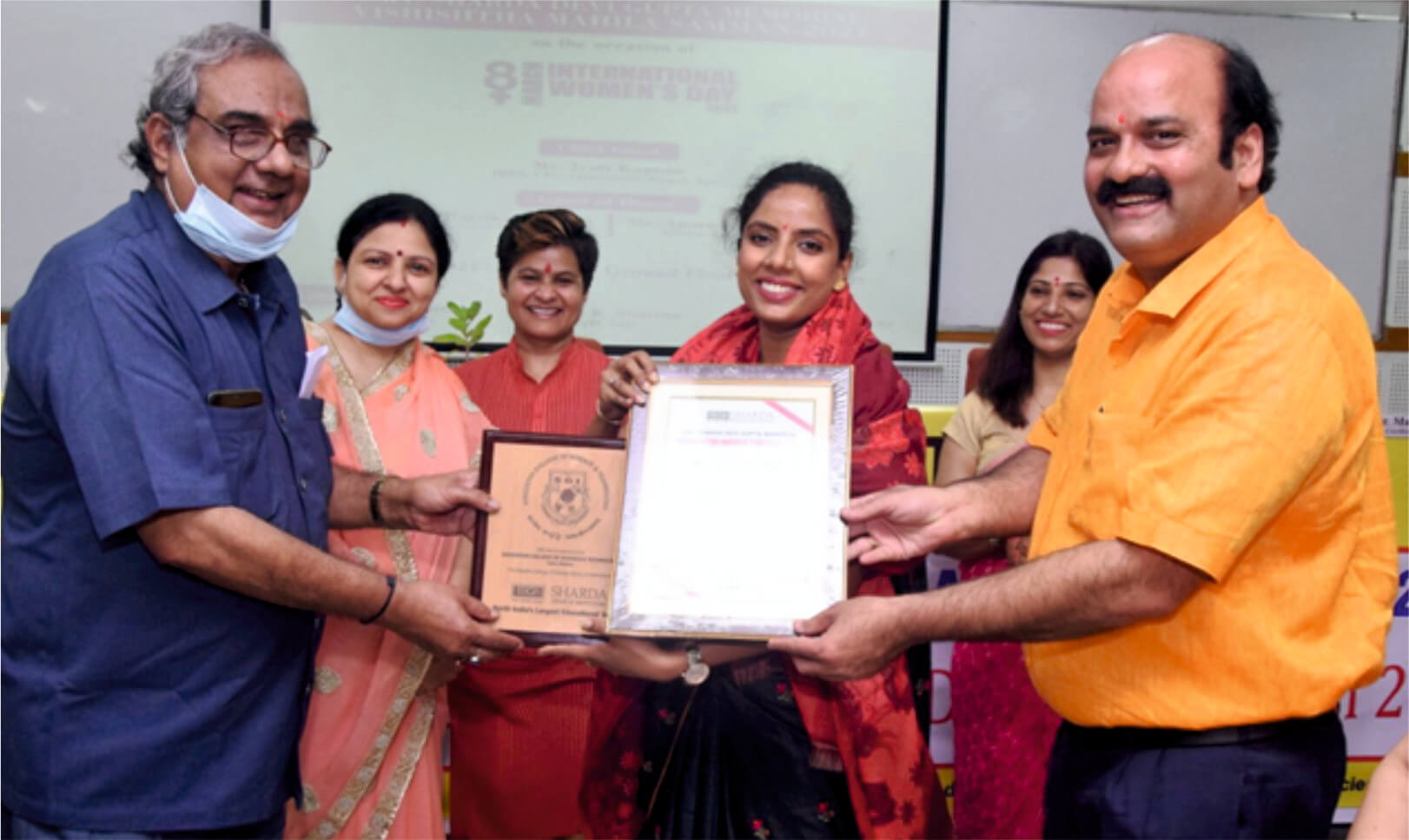 International Women’s Day was organized by the Hindustan College of Science and Technology. In which Miss Jyoti Kapoor, C.E.O. Agra Cantonment board was the Chief, Aparna Rajawat Dr. Rajwika Chauvey and  Dr. Ruchi Chaturvedi, famous poetess were present as Guest of honour. The program was organized by the Department of Humanities. It was led by Dr. Mamta Sharma The program was inaugurated by Executive Vice President Sharda Group Prof. VK Sharma, Director of the institute, Dr. Rajiv Kumar Upadhyay and all distinguished guest with lamp lighting in front of Maa Saraswatiand Saraswati Vandana. The program was conducted by Assistant Professor of the Department of Humanities, Dr. Archana Gautam and Mrs. Sumita Lamba of the Information Technology Department.

On this occasion, mothers of 36 talented students of the institute were honored Executive Vice President,Sharda Group Prof. VK Sharma and Director of the Institute Dr. Rajiv Kumar Upadhyay welcomed the Chief Guest and distinguished guests with sapling.

Sharda Group Executive Vice President Prof. VK Sharma said that today the whole world is celebrating women’s Day but even today the women of the country are insecure, there has not been a reduction in the crimes against them, even many crimes are not recorded. Most women are not even aware of their rights. In such a situation, now the society will have to change the attitude towards women.

In India, women have been obedient and just respecting each other is more important than gender differences.Women should learn lessons from their elders, teachers, peers and other ideal women to achieve success in life. We should try our best to make women strong and self-supporting with an effort to change the attitude of society towards women. As a basic mantra, he told that the women should learn like an ascetic, fight the evils of society in accordance with their Indian culture and live gracefully.

Subsequently, Miss Jyoti Kapoor, the chief guest of the program, encouraged all men to honor women. He inspired everyone to increase their brightness and told how women can be successful in their lives and how they can overcome the obstacles that have come in the way of success, but told about their success by giving themselves examples and said that my commitment to my dream proved to be a boon. We can move towards success by paying attention to their redresses. Success in life is less based on knowledge

Special guest Miss Arpana Rajawat referred to the increasing crimes against women. He motivated women for their rights and said that in today’s era, empowerment of women is not an issue but it is very important to take measures to develop and build trust between the sexes. All women should act on the principle of respect sharing and treat others as expected of themselves for others. Half a dream is fulfilled only when we believe in ourselves. If you intend to do it, then the floor can be found with a flapping of wings.

Distinguished Guest Miss Dr. Rajwika Chaubey inspired all women to pay attention to their health first. He said that women should take care of themselves first and then the family. Describing the complete history of the day, she said that this International Women’s Day was started with a protest movement.

In 1908, on February 28, about 15,000 women marched in New York City in the United States to protest for fewer hours in jobs, equal pay for men, and the right to vote, exactly one year later in 1908 by the Socialist Party of America.

This day of 28 February was declared as the first National Women’s Day. After this it began to be celebrated on the last Sunday of February. Distinguished guest Dr.Ruchi Chaturvedi said that this day is celebrated in different ways in every country. Referring to Sunita Williams and Kalpana Chawla, she said that today women are making their own flag in each area. This day commemorates the economic, political and social achievements of women. She presented a poem on the occasion of Women’s Day.

At the end of the ceremony, the vote of thanks was given by Dr. Mamta Sharma the head of the Humanities Department of the institute.